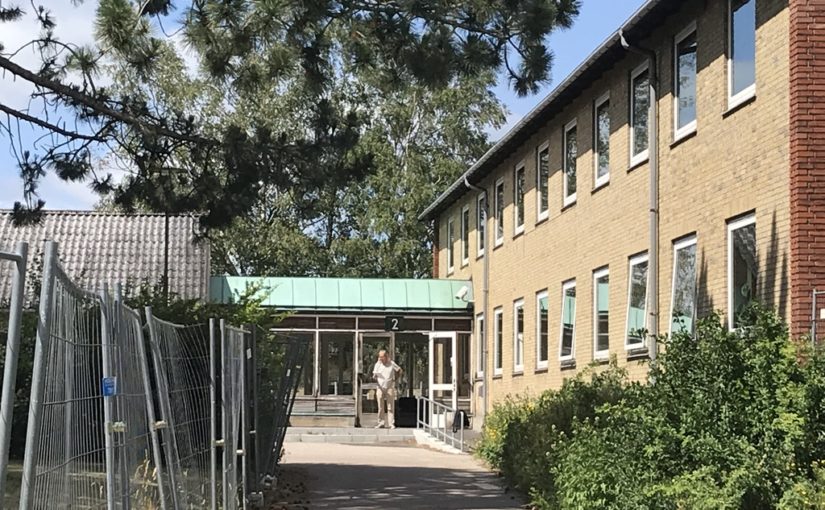 On a hot summer day Michael Haldrup, Kristine Samson form Performance Design and Madeleine Kate McGowan from the media activist platform, Other Story went to Sjælsmark deportation camp and to Nørrebro Station to record a video paper on Toxic Climates.

In both form and content we wished to address the toxic climates we are living in. And change this climate by activating a new environmental awareness starting with ourselves by cultivating an art of noticing.

The video paper will be published in the journal Performance Philosophy in 2020. Until then, the abstract and some pics from the recordings.

Planet Earth is toxic. Its atmosphere unbreathable. Its environments deadly intoxicated by the dehumanizing forces of xenophobia, environmental degradation and violence. As its peoples are increasingly on the move to make a worthy living exclusion, borders and conflict is a norm rather than an exception. And – as toxic substances dissipate and spreads through media and circulating representations they clouds the sight to the human beings in front of us. In the face of the intoxicating and dehumanizing forces at play, we need remedies for sobering up rather than intoxication. Remedies for living with contamination and hybridity rather than altering these states. Partly inspired by Levinas and his ethics of the “nakedness of a face, the absolute defenseless face, without covering, clothing or mask” (1998: 21) and partly by Anna Tsings’ more recent call for “contamination” as a catalyst from which future ”world-making projects, mutual projects and new directions – may emerge.” (2015: 27) we propose a radical humanizing intervention in – and beyond – institutions. A contamination of academic institutions and media with testimony from people living the change. A contamination of thought with action. A contamination of activism with thinking. In a cooperation between academic performance researchers and media activist collective Other Story we explore media activism as ways of expressing and enacting citizenships. Conceiving of thinking as a practice that “interrupts all ordering activities and is interrupted by them” (Ahrendt 1971: 197), we think through and with embodied others and their material lives rather than about them. Hence, the presentation will address interventions and evidence of staging a “radical softness” in the meeting with people who live through current planetary change and explore potentials for emerging shared sensibilities affecting our own embodied citizenships in the encounter with others in these toxic climates. The video paper consist of the following sections: