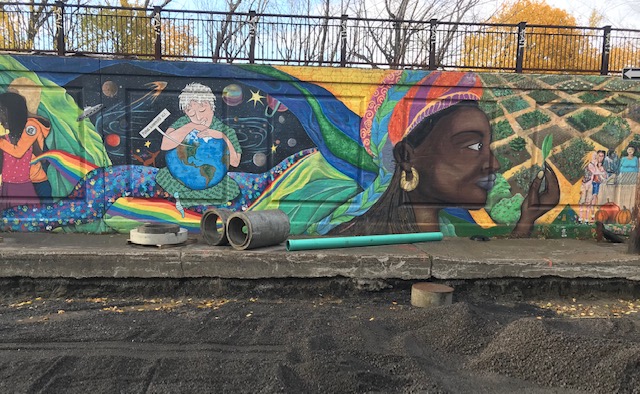 Performative urbanism : Situating Critical Performance Design Practices is directed by performance scholar and urban curator Shauna Janssen in the City  is a SSHRC funded two-year pilot inter-university and international research creation initiative that examines an aesthetic shift in performance design – as an expanded notion of scenography – and its application to political, social and economic realities beyond the prescribed stage, specifically the spatialization and politicization of our experience of cities. Performative Urbanism is a mode of address for rehearsing, testing, experimenting, and developing participatory tools and interventionist methods that can be embodied and enacted across a variety of scales and the way we live, work, and play in the city. The project brings together seven interdisciplinary artist-researchers and scholars, among others, Performance Design scholars, Dorita Hannah and Rodrigo Tisi.

The gathering in November 2018 took partly place both at Concordia University, and in various part of the city, Montreal. Walking, listening, watching and sensing the city and its diverse neighborhood became an explorative and embodied seminar format, that made us realize important aspects of our common interests in the city, performativity, scenography and critical spatial practices.

Finally, we went to Boston to visit Ken Bailey and his community collective ds4si. They have among others organized community kitchens, collaborative and site-responsive theatre plays, and has a strong activist community engagement.

Next researcher’s meeting in the project takes place in Copenhagen on the Theatre Island in May 2019.